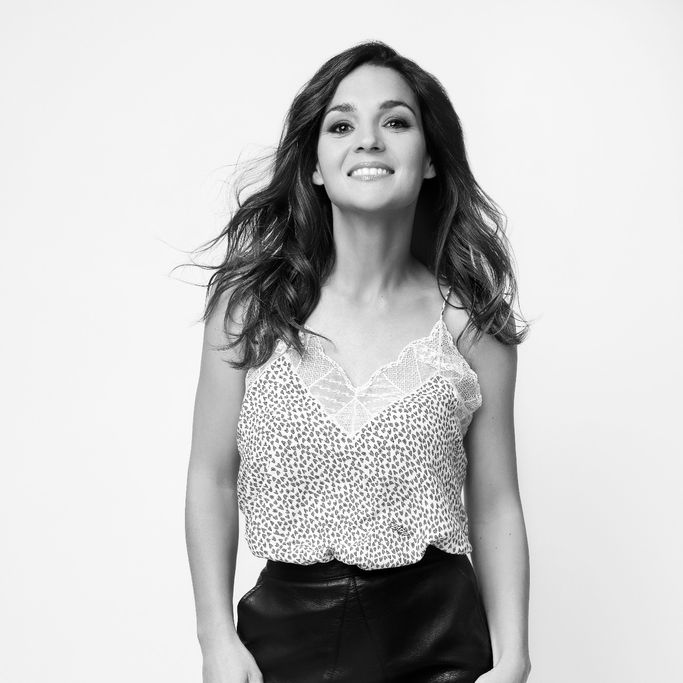 I am not the famous singer, just a girl who also lives the life of her dreams in Paris...

What about Nancy Sinatra, tv presenter & actress, from Belgium ?

Nancy (Sinatra) was born on December 24th, 1982, in Liège (Belgium). Her father, a Frank Sinatra fan, chose to name his daughter « Nancy », in homage to the singer. An early sign that Nancy would choose an artistic job !

Nancy knows a  few things about her family connections with the star....Her paternal grandparents came from Lercara Friddi, in Sicily, just like Frank's Family. The two families immigrated to two different countries (Belgium and the U.S.A). We don’t really know if the two families are connected.

Nancy was exposed to music from a very early age, admiring her dad singing with his guitar and always wanting to imitate him.  As a  teenager, she got a taste for performing, which led her to discover acting.
Even though she loved to perform and get under the skin of different characters, she never dreamed that one day she would work for television. And let alone get her first TV show at 19.

She loves to entertain people, on stage, on a show or in a song !

Nancy would like to thank everyone who has believed in her, because it's thanks to them, to the public and her lucky star that Nancy is who she is today.